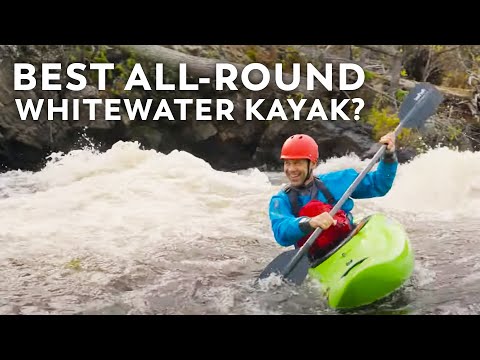 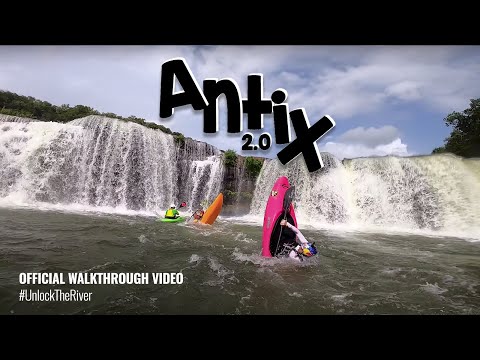 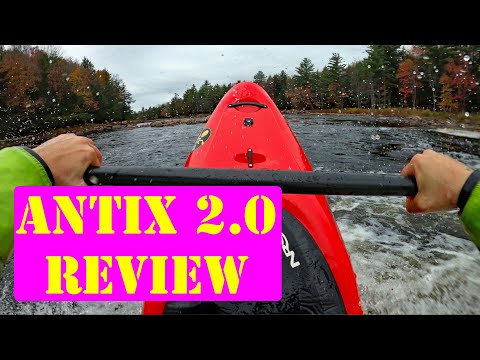 Add your review
Product is rated as #4 in category Kayaks
8.5

Next Adventure
Buy Jackson Kayak AntiX 2.0
As an affiliate of Amazon and other retailers, we may earn a small commission when you buy via our links. Thank you!

Tired of trying to decide between a creeker or a playboat before you hit the river? The Jackson Antix 2.0 is all the boat you need whether you want to run steep gnarly creeks, make moves on burly rivers, or get aerial off big waves. The Antix 2.0 can do it all, and so much more.

8.5Expert Score
Tired of trying to decide between a creeker or a playboat before you hit the river? The Jackson Antix 2.0 is all the boat you need whether you want to run steep gnarly creeks, make moves on burly rivers, or get aerial off big waves. The Antix 2.0 can do it all, and so much more.
Stability
9
Speed
8
Tracking
8
Comfort
9
Features
8
Portability
9
PROS
CONS

The Jackson Antix 2.0 is available in small, medium or large sizes.

The Antix 2.0 is a whitewater kayak designed to be at the cutting edge of the sport. A progression on the original Antix, the 2.0 has an even more aggressive bow rocker to charge through waves and skip over holes on steep creeks. The stern rocker, meanwhile, has been reduced and the entire length of the hull has been made planing rather than the mixed planing/displacement of the first model. These changes give the new model increased speed to pull big aerial moves either upstream or downstream as well as giving it the momentum to get away from holes!

Jackson are renowned for making some of the best outfitting on the market, essential in a kayak which you want to throw around and make tight, technical moves in. The fully adjustable, extremely comfortable seat, hip pads and thigh braces give you optimal control in any conditions. The backband is secured by Jackson’s sure-lock system using cleats on the inside of the cockpit. This system differs from traditional ratchets and limits the possibility of over-tightening which can lead to cramp and poor power transfer.

A bulkhead style foot brace allows you to drive the kayak around the river and keeps you upright in the boat.

Safety grab handles are fitted around the top deck of the Antix 2.0 and a bung is at the very rear to drain out any water you may take on.

There are also GoPro mounts, because if it’s not on film, did it really happen?

The Antix 2.0 came about after three years of Jackson paddlers playing in the original model and giving their feedback.

It’s quicker and more playful than the old design, it surfs glassy waves effortlessly and is light enough to get aerial and pull some big wave wheels in. The Antix 2.0 does seem quite wide for the length and edge transfer may take some getting used to for people, but the extra width at the rear makes it really stable when you tail squirt, something this boat is particularly good at!

If you want to be reminded why you love paddling, the Antix 2.0 will get you kayaking with a smile.