Last price update was: February 4, 2023 3:14 am
× Product prices and availability are accurate as of the date/time indicated and are subject to change. Any price and availability information displayed on Amazon at the time of purchase will apply to the purchase of this product. 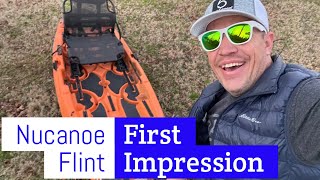 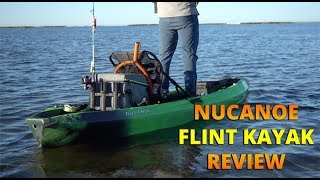 Add your review
Product is rated as #95 in category Kayaks
7.7

Delawarepaddlesports.com
See More
As an affiliate of Amazon and other retailers, we may earn a small commission when you buy via our links. Thank you!

Fans of the NuCanoe brand are sure to greatly admire the Nucanoe Flint as it combines many of the best qualities in both a kayak and canoe. It is a simple, straightforward design that feels very much at home on rivers, lakes, or even cutting through the surf. It’s made to be a lighter kayak that still offers enough stability for standing up while fishing. Instead of creating a kayak that is bigger and more expensive, NuCanoue went in the other direction and produced a boat that’s lighter and more affordable than its other models.

7.7Expert Score
Fans of the NuCanoe brand are sure to greatly admire the Nucanoe Flint as it combines many of the best qualities in both a kayak and canoe. It is a simple, straightforward design that feels very much at home on rivers, lakes, or even cutting through the surf. It’s made to be a lighter kayak that still offers enough stability for standing up while fishing. Instead of creating a kayak that is bigger and more expensive, NuCanoue went in the other direction and produced a boat that’s lighter and more affordable than its other models.
Stability
7.5
Speed
8
Tracking
8
Comfort
7
Features
7
Portability
8.5
PROS
CONS

The NuCanoe Flint is a kayak that is very similar in size to other popular models, but one that’s made to be lighter and more easy to handle. The Flint’s overall length is 11’3” (342.9 cm) while the boat’s width is 33” (83.8 cm). This kayak doesn’t offer many of the same removable pods, oversized hatches, or other features that typically add extra weight. It tips the scales at just 63 lbs (28.5 kg). NuCanoe’s design was aimed at providing a boat that is more focused on performance and giving users the ability to fish comfortably.

The overall weight capacity is very different from other models made by NuCanoe such as the F10. It’s rated as being able to comfortably handle up to 375 lbs (170 kg), which is considerably less than some users might expect from the brand. The lack of features and overall capacity means that this particular kayak isn’t ideal for overnight trips that might require users to bring along camping gear, but it does offer everything you need to have an enjoyable day on the water with a rod and reel.

Many of the features contained in the Flint are virtually identical to the ones offered in the NuCanoe Frontier or Pursuit. However, there are plenty of features that anglers will find useful and NuCanoe has actually created certain items that can be purchased separately which give this boat much of the same basic features that users have come to expect from NuCanoe kayaks. 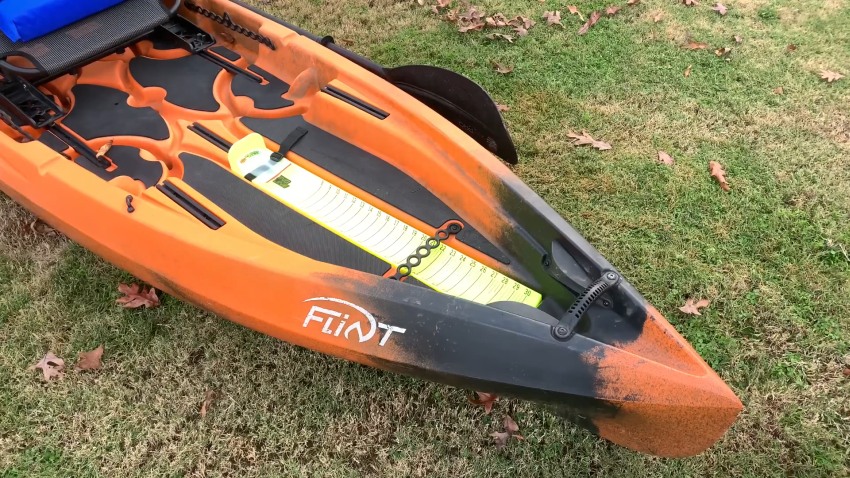 The bow features a large, open space that is made with an open channel that’s perfect for holding a measuring board. Anglers who prefer kayaks that feature the large dry storage hatch on their bow can actually purchase the additional Gear Pod. This pod locks into place on the bow and allows users to store a decent amount of gear inside in a fully sealed, waterproof compartment. 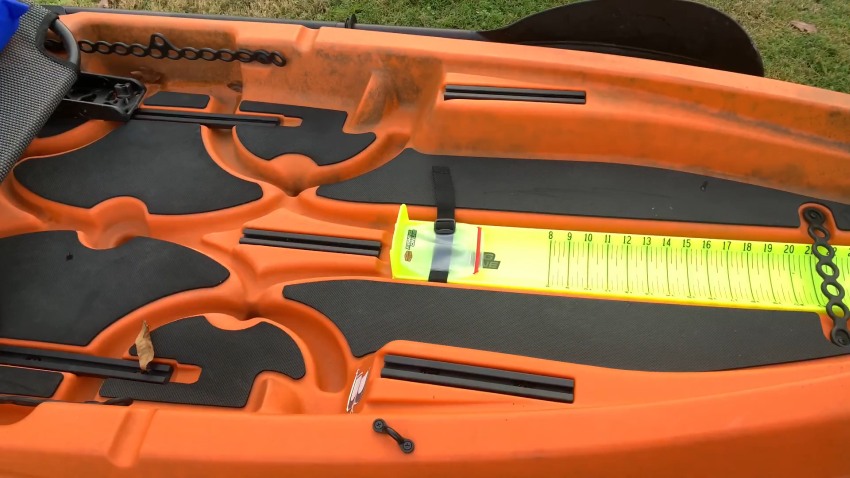 Halfway between the bot’s tip and the seat are two 8” Freedom gear tracks on either side of the kayak. Users will also find an additional gear track in the middle of the cockpit area that’s ideal for placing any electronic display or other item front-and-center where the user can easily see it at all times. 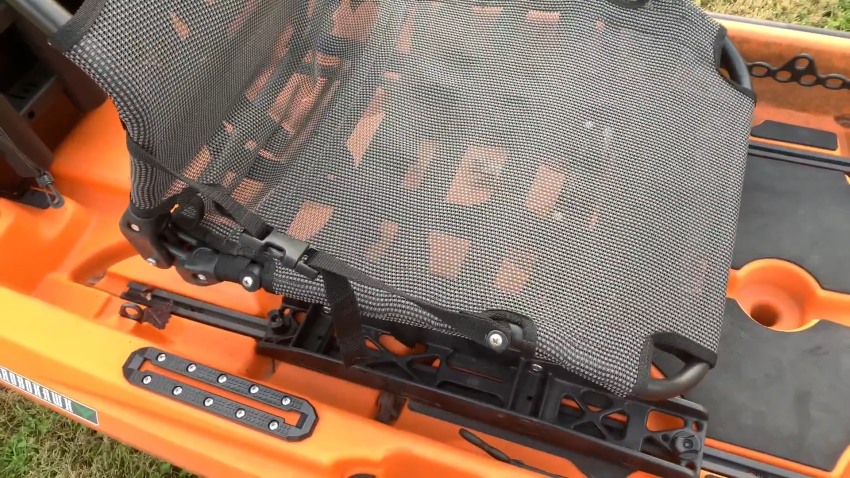 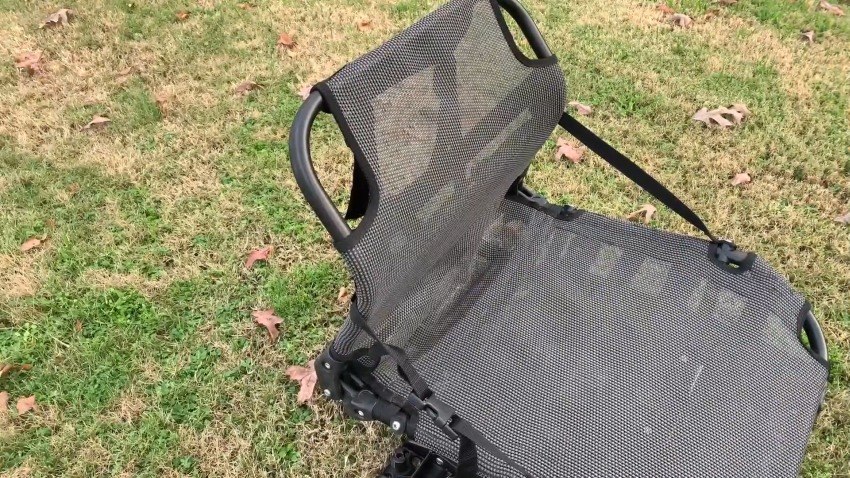 The Fusion seat offers a sturdy frame and quick-dry material that creates an outstandingly comfortable experience. This seat is virtually identical to the Fusion model that’s found on other NuCanoe models, but the one difference is that the Flint’s seat doesn’t allow the user to rotate the same 360 degrees. 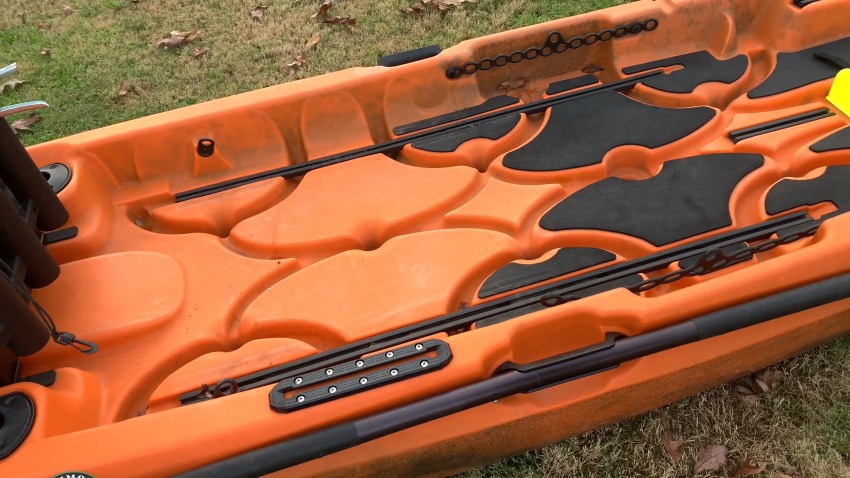 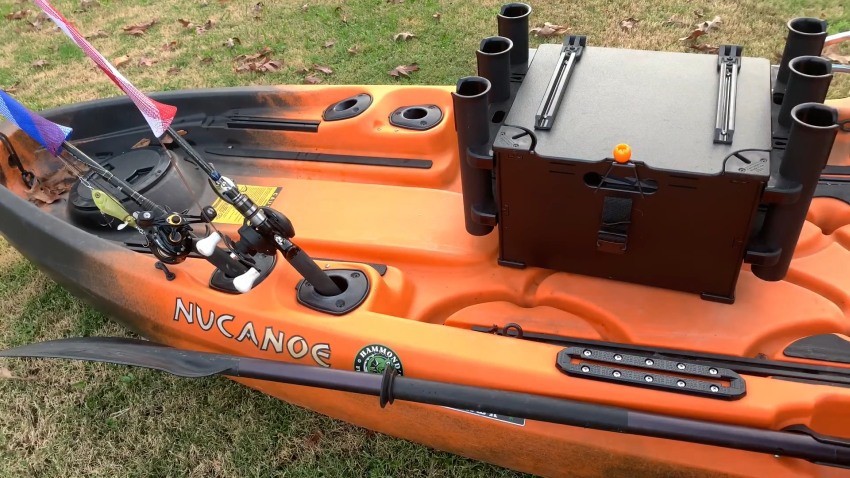 On either side of the cockpit are two molded tackle pocket wells along with two flush-molded rod holders directly behind the seat. The stern features the same square transom that NuCanoe has included in its other recent models. This square design is perfect for installing any type of trolling motor you like. 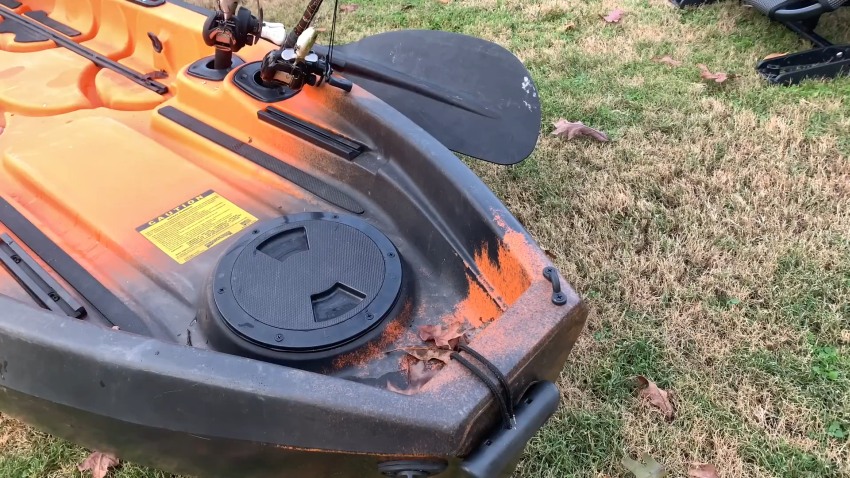 The overall design of the NuCanoe Flint is aimed at giving the user the ability to slice through the waves on top of the water instead of plowing through them. This kayak offers a very agile feel that is highly responsive to each paddle stroke, which means you’ll have excellent control over the Flint. The NuCanoe team worked to ensure that this kayak would have great speed and tracking, as well as stability.

The stability is not quite as good as some users might desire, but there’s no denying that this kayak blends tracking and stability in a way that is nearly unheard of in a kayak that’s available for around a grand in price.

Be the first to review “NuCanoe Flint” Cancel reply