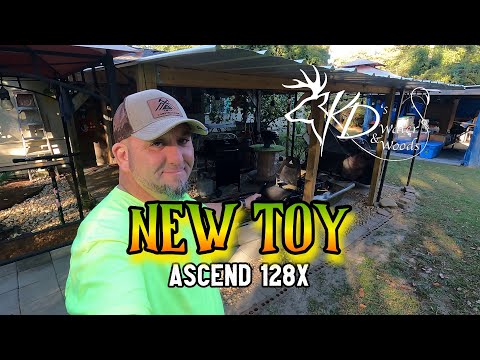 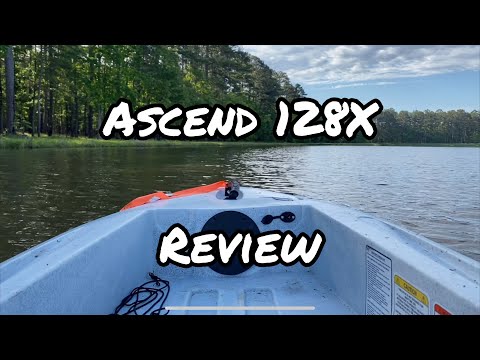 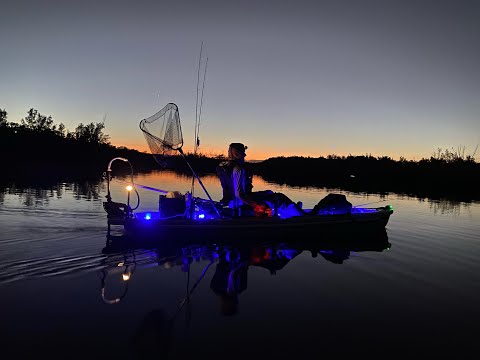 Add your review
Product is rated as #91 in category Fishing Kayaks
7.8

Bass Pro Shops
Buy Ascend 128X
As an affiliate of Amazon and other retailers, we may earn a small commission when you buy via our links. Thank you!

The Ascend 128X sit-on-top kayak is a premium fishing kayak designed for the more serious angler. It is the perfect vessel for spending a day on the water. It’s comfortable and stable, with plenty of room to store all your gear. Retailing at about $1,000, the Ascend 128X has a built-in Yak-Power system so you can bring all your electronic fishing accessories such as a fish finder or GPS. Whether you’re an experienced angler or looking to take the next step in your kayak fishing game, the Ascend 128X might just be your next ally.

7.8Expert Score
The Ascend 128X sit-on-top kayak is a premium fishing kayak designed for the more serious angler. It is the perfect vessel for spending a day on the water. It's comfortable and stable, with plenty of room to store all your gear. Retailing at about $1,000, the Ascend 128X has a built-in Yak-Power system so you can bring all your electronic fishing accessories such as a fish finder or GPS. Whether you're an experienced angler or looking to take the next step in your kayak fishing game, the Ascend 128X might just be your next ally.
Stability
9
Speed
7
Tracking
8
Comfort
8
Features
9
Portability
6
PROS
CONS 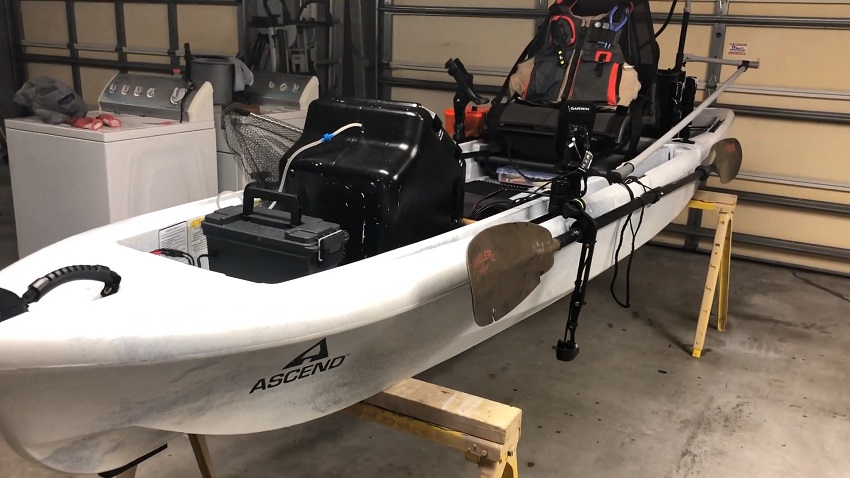 The Ascend 128X takes up to an impressive 450 lbs / 204 kg, which leaves you plenty of capacity to haul extra gear.

Many users above 200 lbs / 90 kg reported that even with a significant amount of gear, the kayak handles and tracks well.

One differentiating feature about the Ascend 128X is that it comes with a Yak-Power system that you can run your 12-volt electronics off. The system includes a master controller, three power plugs, and a wiring harness. 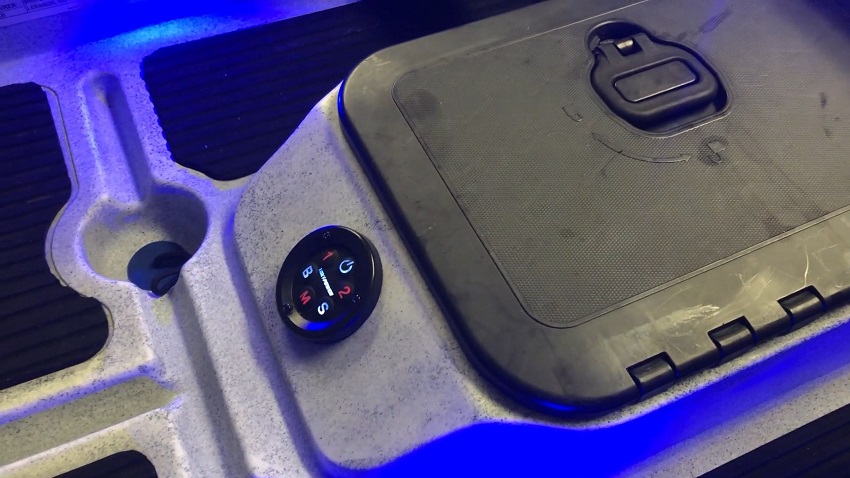 This kayak comes stern motor & Power-Pole® micro anchor ready. There is a power outlet each in the front and back of the kayak, one on the port side, and the pre-wired controls are just in front of the seat and are easily reached.

There’s a carrying handle at the bow of the boat. The main deck is covered with non-slip rubberized traction mats so you can stand comfortably. The adjustable foot pegs are easy to use and slide smoothly. 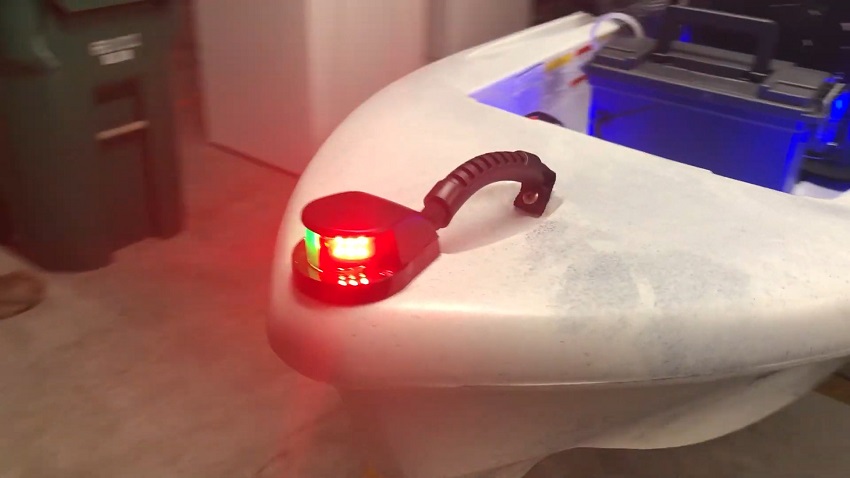 The dry storage compartment measures 10.91  x 14.84 inches / 27.71 x 37.69 cm. You can store a small amount of stuff, and below it is all the electrical wiring but you can also use it for more storage. Right back from the storage compartment, there are also two deep-molded cup holders. 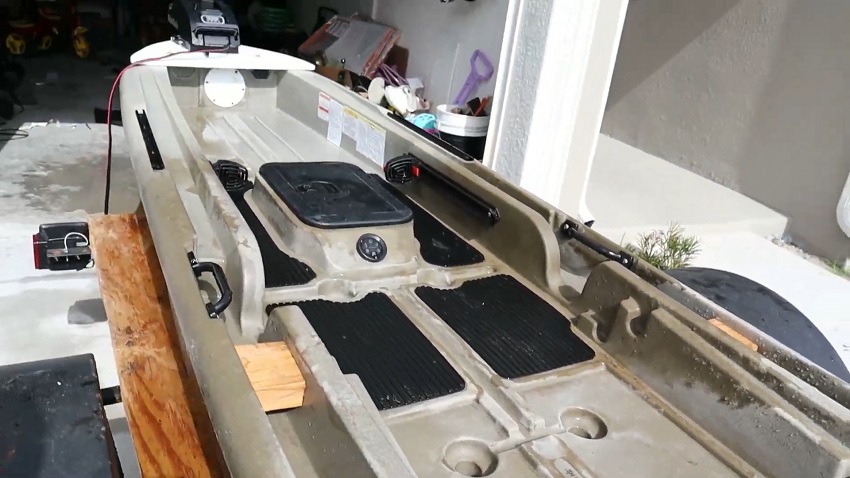 On the port side along the gunnel flat, you’ll find a paddle holder to stash your paddle when not in use. There are a total of eight scupper holes located in the deck and stern of the kayak, and two black powder-coated carrying handles on the interior sides. 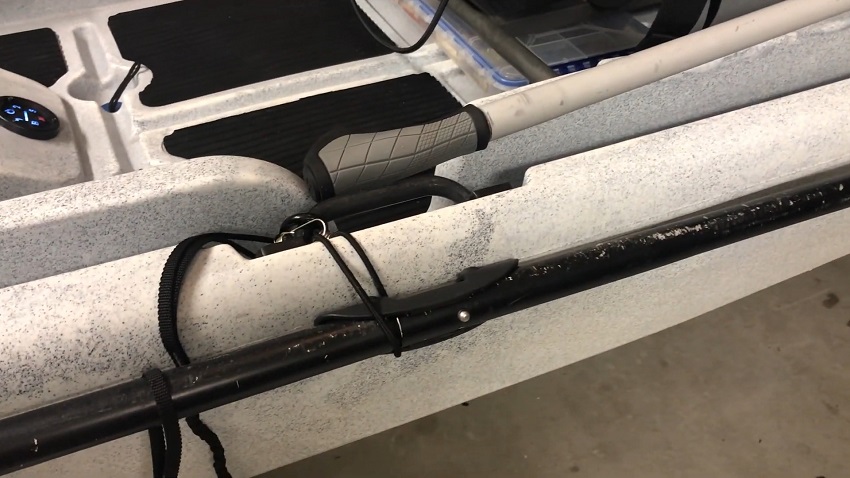 Four 16-inch / 40 cm accessory rails are located on the gunnels for the ultimate customization so you’ll have plenty of room for your fish finder, GPS, or lighting rigs.

The seat is comfortably padded for long days and sits pretty high on the boat. There are two adjustable positions and some room for storage under the seat where you can store a tray with more gear.

Behind the seat, you’ll find two flush-mounted rod holders with leash eyelets (leash sold separately) and a huge recessed storage area where you can put a cooler, milk crate, or some dry bags. 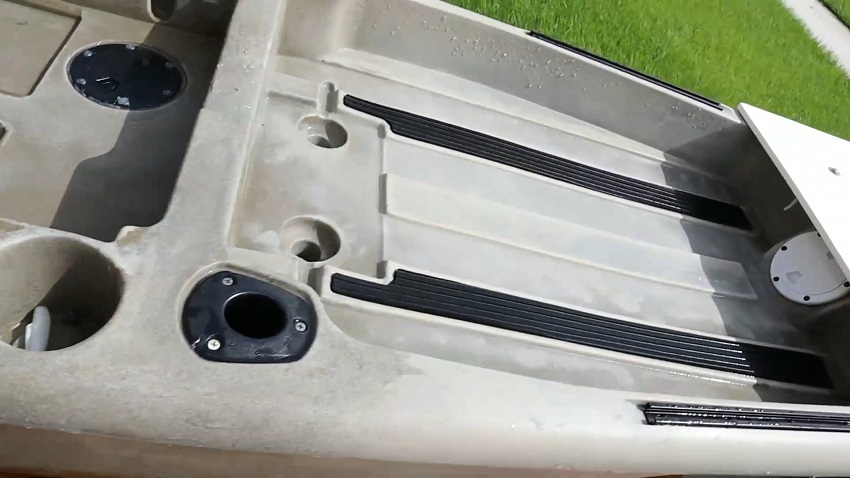 The back handle isn’t a rubber handle but the kayak itself has two deep-molded handles. At the very back of the kayak, you’ll find the single drain plug. 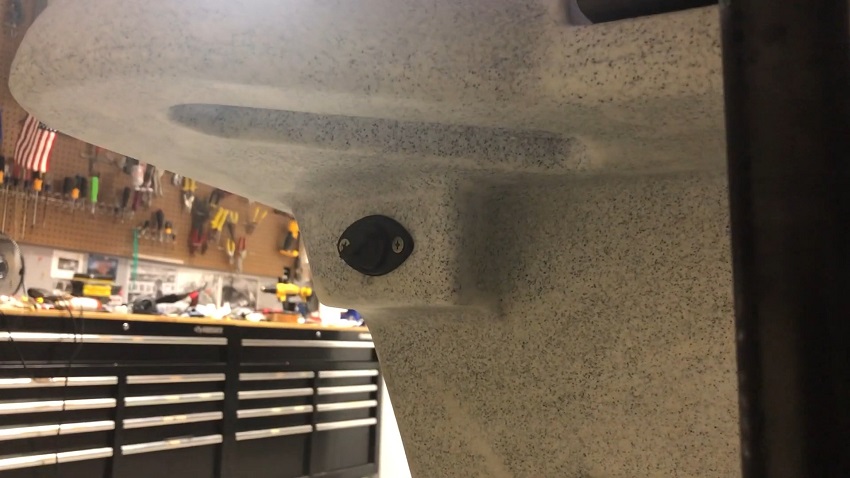 The Ascend 128X sits relatively high above the waterline so you’re paddling on top of the water instead of cutting across it, which makes for easier paddling.

The kayak tracks very well and because of its weight, some maneuverability is sacrificed. Still the Ascend’s trademark catamaran hull design makes this fishing boat extremely stable even in choppy waters and high winds.

The seat is positioned fairly high on the kayak, so you’ll have a higher center of gravity but the stability of the kayak doesn’t make you feel insecure at all.

With its huge payload, this kayak would suit larger paddlers or those with more gear. The Yak-Power already included would be a significant advantage for serious anglers that need to power their electronics like a lighting system, GPS, or fish finders.

It is cumbersome to handle on your own, and you’ll need help or a trolley to move this kayak around.

An Honest Review of the Ascend 128X Kayak

Ascend 128x With Yak-Power; How My Modifications Make This The ULTIMATE Fishing Kayak!!