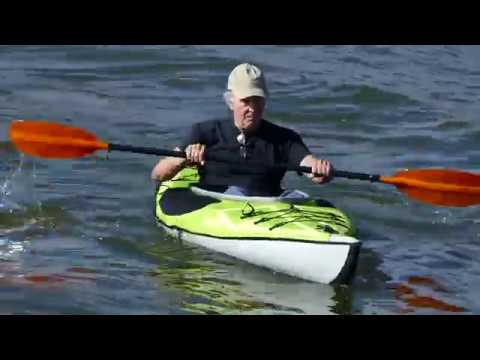 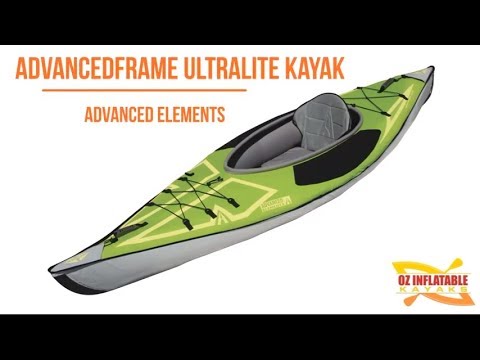 Add your review
Product is rated as #10 in category Kayaks
8.4

Moosejaw
Check Price
As an affiliate of Amazon and other retailers, we may earn a small commission when you buy via our links. Thank you!

8.4Expert Score
The AdvancedFrame Ultralite is the super light version of the original AdvancedFrame. Retailing below $800, it suits kayakers seeking a high-performance craft they can hike and travel with and easily manage solo. With the performance that rivals a hardshell but the extreme portability of an inflatable, the AdvancedFrame Ultralite would suit a casual paddler that wants an excellent blend of performance and portability for a fun day out on calm bodies of water like lakes, bays, and gentle rivers.
Stability
8.5
Speed
8
Tracking
8.5
Comfort
8
Features
8
Portability
9.5
PROS
CONS 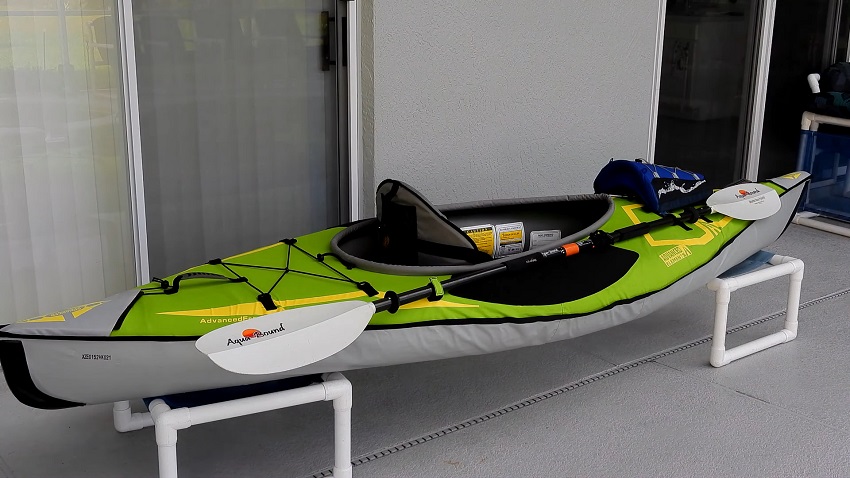 It is the same length and width as the original AdvancedFrame as well as the Advanced Frame Sport, but it is way lighter than the other two similar kayaks that weigh 35 lbs / 16 kg and 25 lbs / 11.5 kg respectively. 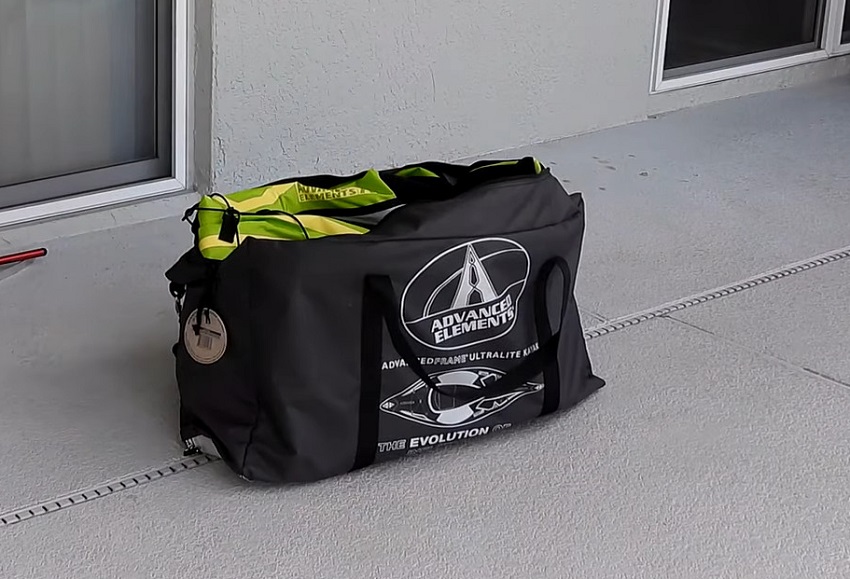 This kayak might not be suitable for larger paddlers that like to take loads of gear, as if you load the kayak above 180 lbs / 82 kg, you might see a significant decrease in performance and speed.

Larger paddlers or those that like to paddle with tons of gear might be better off checking out the AdvancedFrame Sport and the original AdvancedFrame. Don’t forget that you should only load the kayak to about 80% of the maximum capacity or you might lose some performance.

This kayak is made of polyurethane tarpaulin, unlike other Advanced Elements kayaks that are made of PVC. It is less stiff and easier to pack up into the bag that comes with removable backpack straps that you can clip on and off so you can easily hike with it.

Note that with the AdvancedFrame Ultralite, you can’t install the drop stitch floor and wouldn’t be able to get the same rigidity that it gives.

Instead, the Ultralite features a semi-rigid foam floor similar to the one used in the Lagoon. It might wobble more than other floors with drop-stitching but still remains sturdy and stable.

At the bow is the patented Advanced Elements aluminum rib frame that stiffens the tip and allows the kayak to slice cleanly through the water. 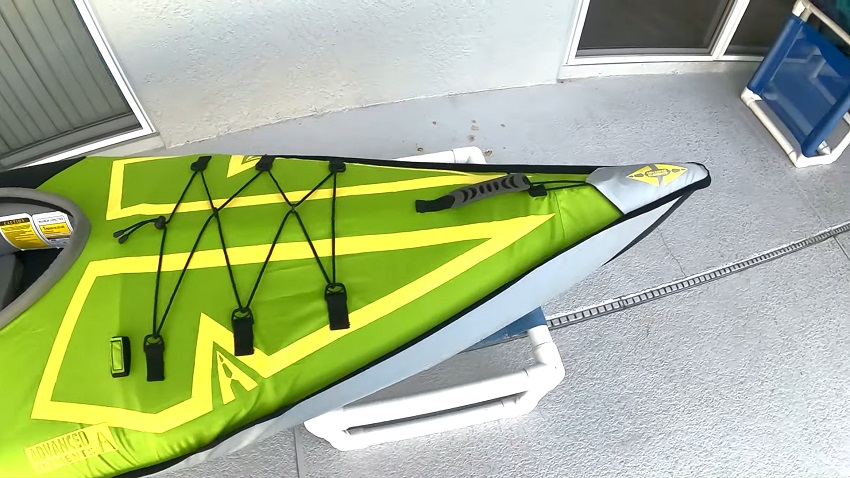 On the bow’s deck are a rubber-lined carrying handle and a small storage area where you can use a bungee tie-down system to secure your belongings.

The wide, open cockpit makes entries and exits easy and the high-density foam seat offers plenty of support on long days. There is a foot brace included for the AdvancedFrame Ultralite, unlike other models where you’ll have to purchase it separately. 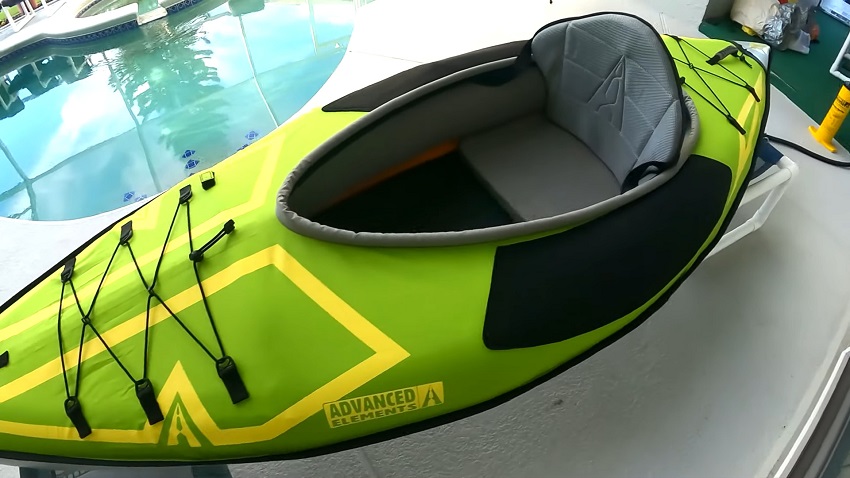 On both sides of the cockpit are neoprene pads to protect your hands from abrasions if you, like many others, tend to accidentally brush or knock against the kayak while paddling. There is also a Velcro paddle holder for you to park your paddle when not in use.

On the stern deck is another storage area where you strap in more stuff as well as a valve for inflation. Right behind that you’ll find the second rear carrying handle. 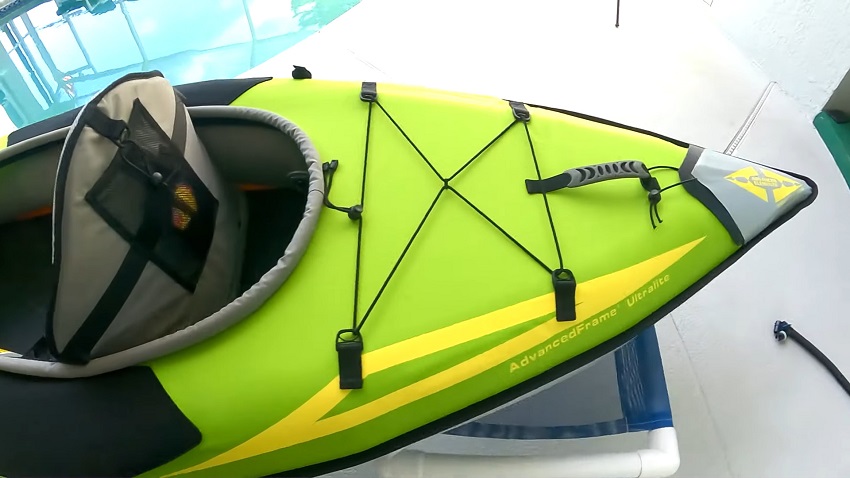 There’s another rib at the back that functions like a skeg that, together with the fin on the underside, helps with the kayak’s amazing tracking. There are also plastic inserts at the bow and stern that add to the rigidity and keep the kayak’s shape.

The AdvancedFrame Ultralite is made with triple-layer polyurethane with an outer covering that is densely woven 300-denier nylon ripstop, that is extremely puncture-resistant and will hold up incredibly well even if you drag it across the grass or hit some shallow rocks.

Compact and super light, the AdvancedFrame Ultralite is best suited for bays, lakes, calm rivers, and inland waters. It doesn’t paddle on open oceans very well due to the lack of a spray skirt.

However, in calmer waters, the Ultralite tracks like a dream and is stable enough for the newest paddlers to feel secure and comfortable. However, because it is so light, the nose does tend to waggle a bit compared to the original AdvancedFrame, especially if you are a strong paddler.

It isn’t the fastest kayak in the Advanced Elements fleet but it will do just fine if you’re paddling with other day-touring kayaks.

Overall, the AdvancedFrame Ultralite is an excellent choice for someone looking for an ultra-portable kayak that you can even travel with, or if you are a small or medium-sized paddler that hikes a bunch to where you usually launch your kayak.

While it has some limitations, it will suit paddlers of all levels looking for a sturdy, durable inflatable that you can take into most bodies of water.