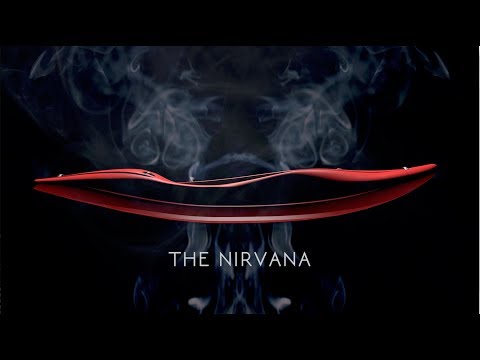 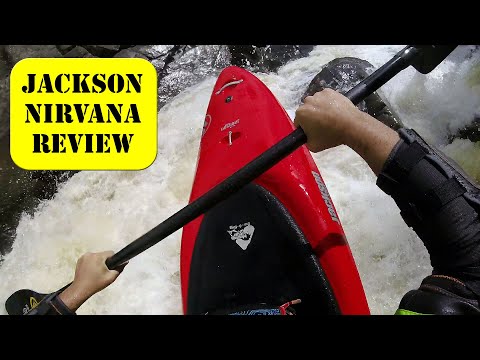 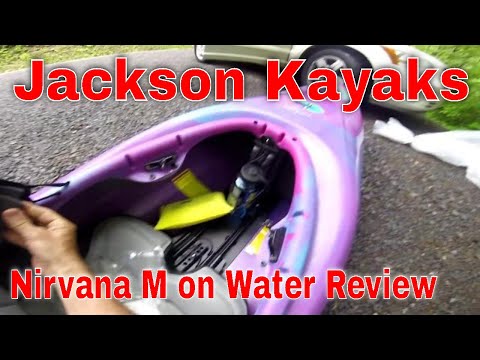 Add your review
Product is rated as #6 in category Kayaks
8.5

Backcountry
Buy Jackson Kayak Nirvana
As an affiliate of Amazon and other retailers, we may earn a small commission when you buy via our links. Thank you!

Combining the speed of a competitive race kayak with the turning capabilities of a steep creek machine, the Nirvana feels at home in the most demanding white water. The hull shape and enormous bow rocker will have you flying over waves and holes in this confidence inspiring, performance enhancing boat.

8.5Expert Score
Combining the speed of a competitive race kayak with the turning capabilities of a steep creek machine, the Nirvana feels at home in the most demanding white water. The hull shape and enormous bow rocker will have you flying over waves and holes in this confidence inspiring, performance enhancing boat.
Stability
8
Speed
9
Tracking
8
Comfort
9
Features
9
Portability
8
PROS
CONS

The Nirvana comes in two sizes, a medium which contents with race class kayaks, and a large which also acts as an excellent expedition machine.

The large Nirvana is an enormous 9’4” (284 cm) long and 27.5” (70cm) wide. Despite these dimensions, it paddles like a much smaller boat and the extra space gives you a maximum capacity of 270 lbs (122 kg), making it a perfect whitewater expedition boat for larger paddlers. Still, it only weighs 23 kg, so even when it’s fully loaded, you won’t feel like you’re having to work too hard.

The Nirvana has an aggressive bow rocker profile, allowing it to ride high over drops and waves, while the lower stern rocker and long waterline of the hull mean you will carry loads of speed out of holes.

Jackson’s outfitting is notoriously good, inspired by their background in playboating. The Nirvana is no exception. The lightweight, comfortable and precision adjustable seat, hips pads and thigh braces give you the connectivity to throw the boat around and make tight moves in technical environments. The Sure-Lock backband system uses cleats and ropes instead of traditional ratchets, which not only makes it lighter and rust-free but prevents you from cranking yourself too tight and cramping up on the river.

In the stern of the Nirvana there’s not only loads of space to store all your expedition kit, but attachment points to keep it secure.

There are five more secure attachments points on the top deck of the Nirvana, as well as a drain bung at the rear and a GoPro mount to get all that important footage and keep your fans happy.

The Nirvana is Jackson’s current entry in the race kayak craze which has stuck around longer than we all anticipated.

The Nirvana is fast. Really fast. The rocker profile and planing hull mean it carries speed really well through features, but unlike some fast kayaks it retains the maneuverability to contend as a steep creeker. The edges are defined enough to carve and surf, but still forgiving enough that you can paddle this kayak comfortably in big, unstable water.

As usual in Jacksons, the outfitting is extremely comfortable and user friendly and you can even adjust the footrest on the go. Whereas a lot of longer, narrower kayaks have a high and narrow knee position, the Nirvana is lower and wider. This is great for stability, but some paddlers may find that it limits how much they can drive through their feet when they’re really busting a lung to win a race. It doesn’t seem to prevent this boat from flying though!