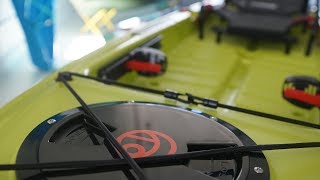 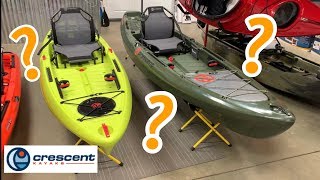 As an affiliate of Amazon and other retailers, we may earn a small commission when you buy via our links. Thank you!

The Crescent Kayaks UltraLite lives up to its namesake by combining low weight, features and performance. The balanced nature of the UltraLite makes it a great choice as either a fishing kayak or a recreational vessel. It’s a great kayak for the aspiring angler or for a seasoned fishing enthusiast who wants to have the benefits of a shorter model without sacrificing speed, tracking and agility.

8Expert Score
The Crescent Kayaks UltraLite lives up to its namesake by combining low weight, features and performance. The balanced nature of the UltraLite makes it a great choice as either a fishing kayak or a recreational vessel. It’s a great kayak for the aspiring angler or for a seasoned fishing enthusiast who wants to have the benefits of a shorter model without sacrificing speed, tracking and agility.
Stability
8
Speed
8
Tracking
9
Comfort
7
Features
7
Portability
9
PROS
CONS

Crescent UltraLite is 10’2” (309.88 cm) in length and 30” (76.2 cm) wide, which is close to being a standard size for most “compact” kayak models. With an overall weight of only 49 lbs (22.2 kg), the UltraLite is the perfect kayak for anglers who want to have access to shallow, hard-to-reach water that longer, heavier boats can’t get to. 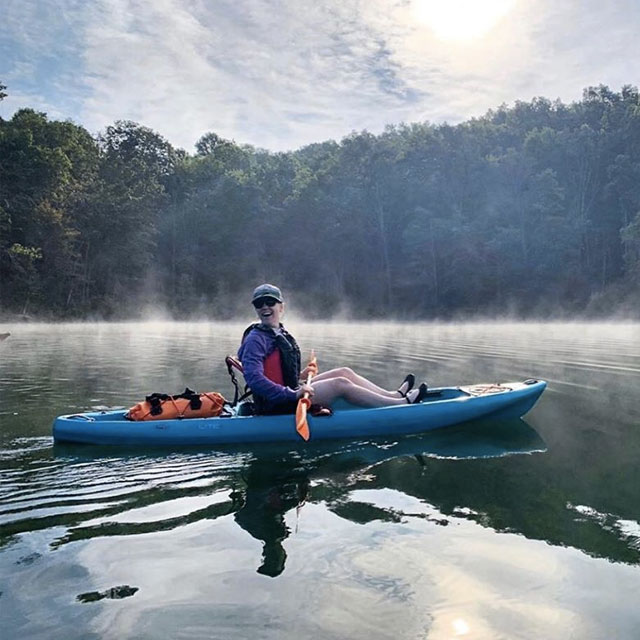 The UltraLite’s overall weight capacity is 350 lbs (158.7 kg), which means that it’s capable of accommodating anglers of just about every size. It does have a considerable amount of storage for a compact fishing kayak, so users should be aware of the amount of weight they’re adding to it and not overload the UltraLite. Remember, it’s recommended that users do not load a kayak past 80 percent of its full capacity.

Despite its small, short stature, the Crescent has managed to pack in plenty of great features for the UltraLite. The hull design is perhaps the most talked-about feature of the UltraLite as it provides this kayak with outstanding tracking, agility and control in just about any type of water.

The bow and stern are fitted with molded handles that make it easy to tote your kayak or secure it to the top of any vehicle. There is a twist-and-seal dry hatch built into the bow with bungee cords across the front, which provides plenty of storage spots that can be easily reached from the seated position. 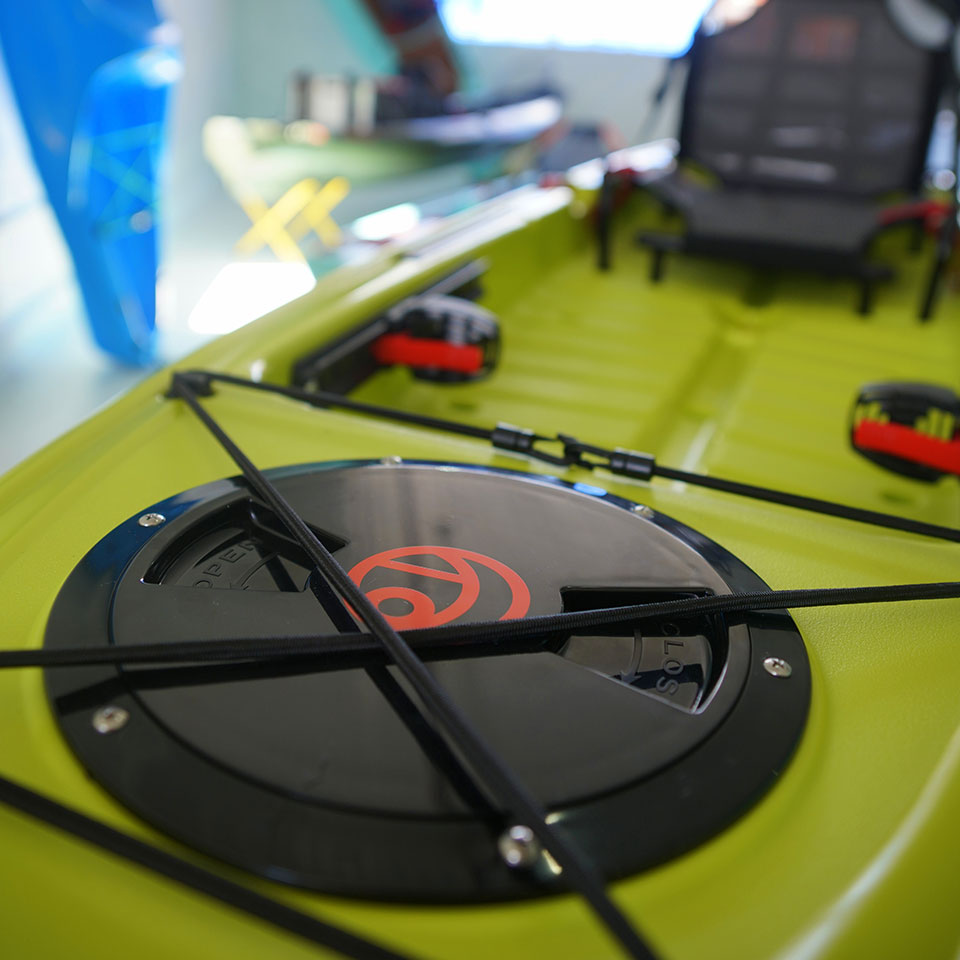 The UltraLite does not have a middle console area like some other fishing kayaks. Crescent owner James Derbeker says that his company’s goal was to maximize the available space an angler has, which is particularly important on compact models such as the UltraLite.

There are gear tracks on either side of the kayak both in front and behind the seat, giving users a high degree of customizability when it comes to securing rod holders, cameras and other items.

The UltraLite’s seat is reported to be very comfortable with plenty of lumbar support for long days on the water. The seat’s mesh fabric backing allows users to keep their back cool and dry, even on hot summer days. 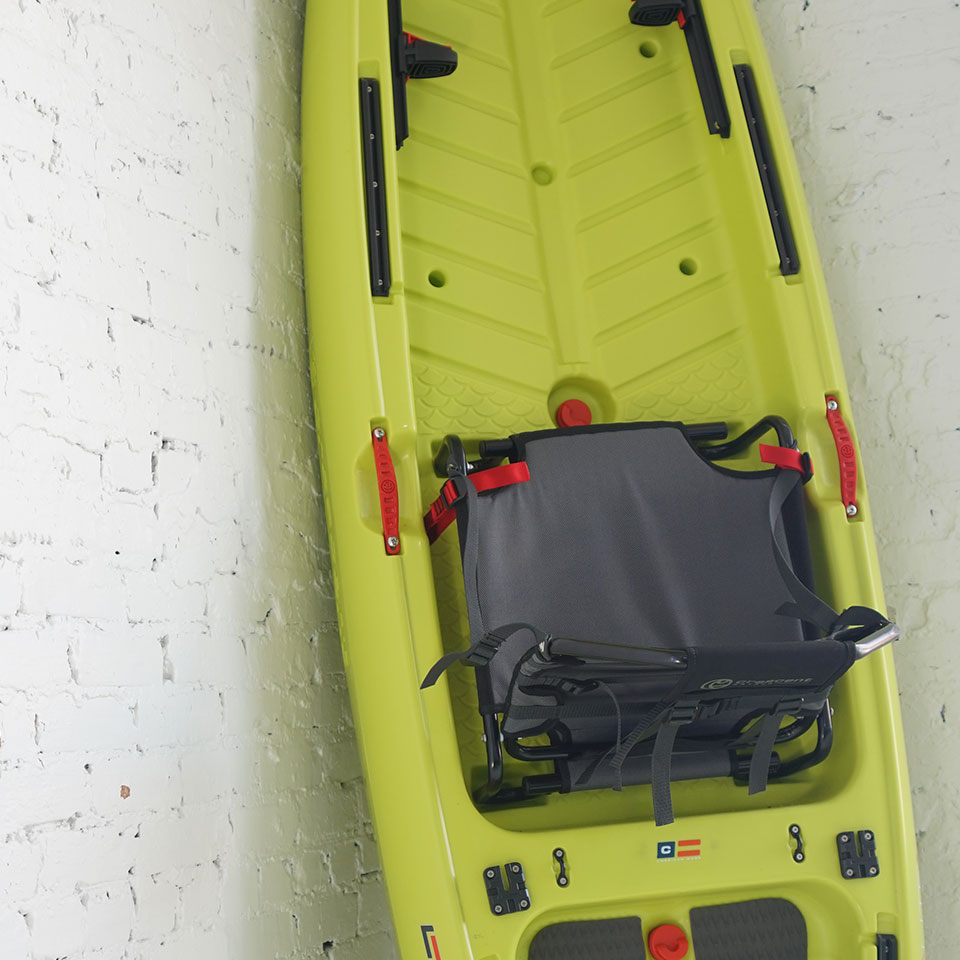 The stern of the UltraLite features an oversized well storage area with plenty of bungee cords that’s perfect for a livewell, crate and other gear that an angler might need on the water. 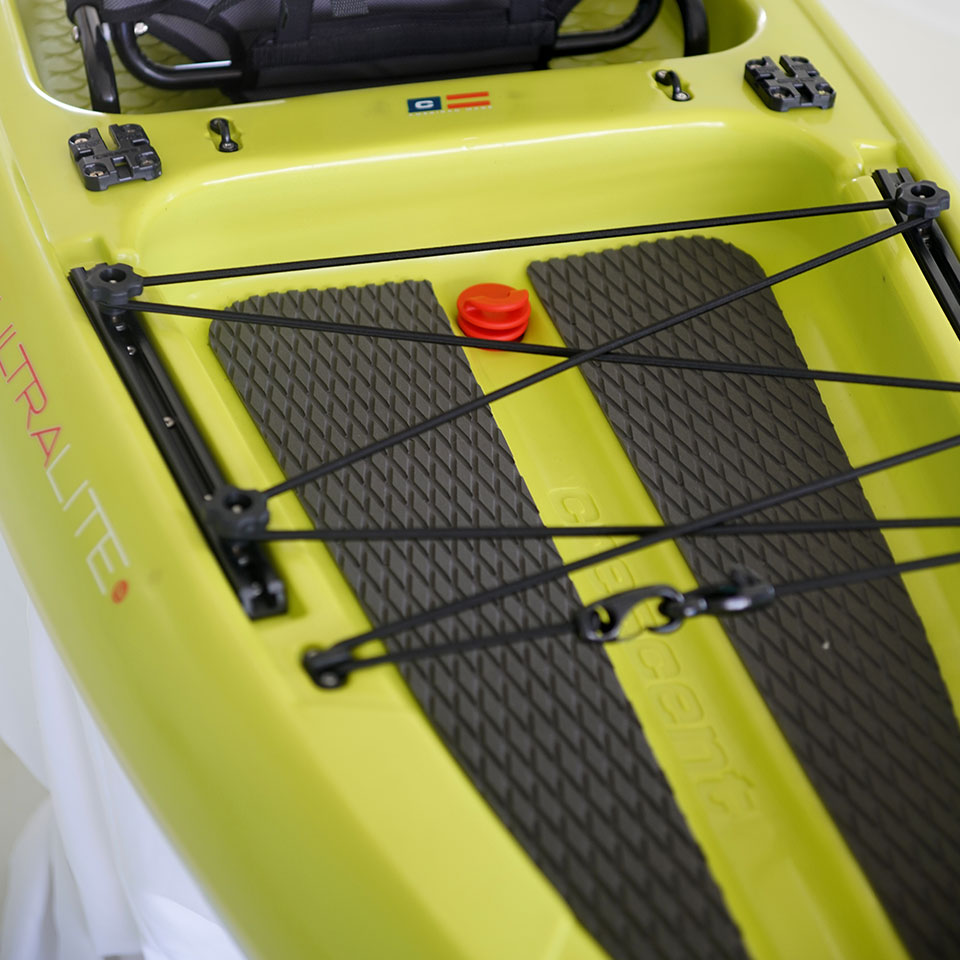 Some users have expressed disappointment that Crescent did not add the flush mount rod holders behind the UltraLite’s seat. Instead, the kayak features YakAttack mounts that allow for a higher degree of customization, which some users find appealing. 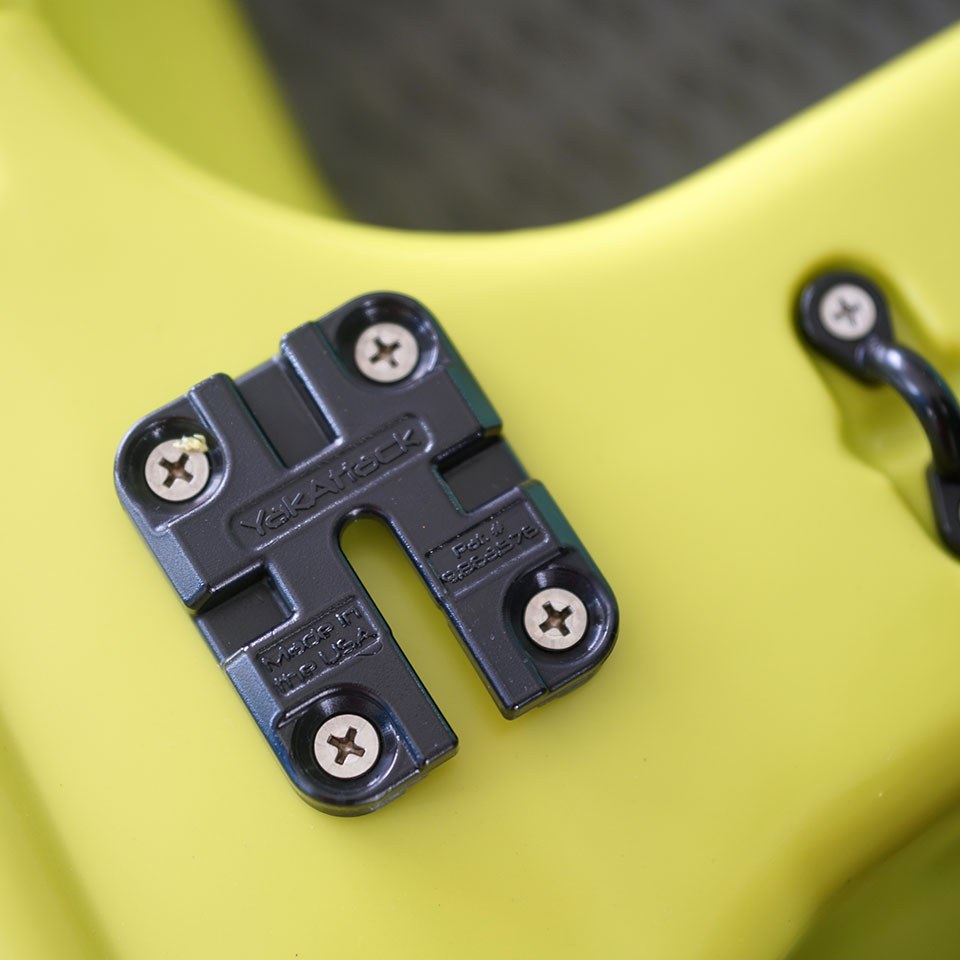 The full-length keel of the UltraLite is what truly sets this kayak apart from other compact fishing models on the market. This kayak has plenty of stability in both calm and rough water, but where it really shines is when it’s moving. 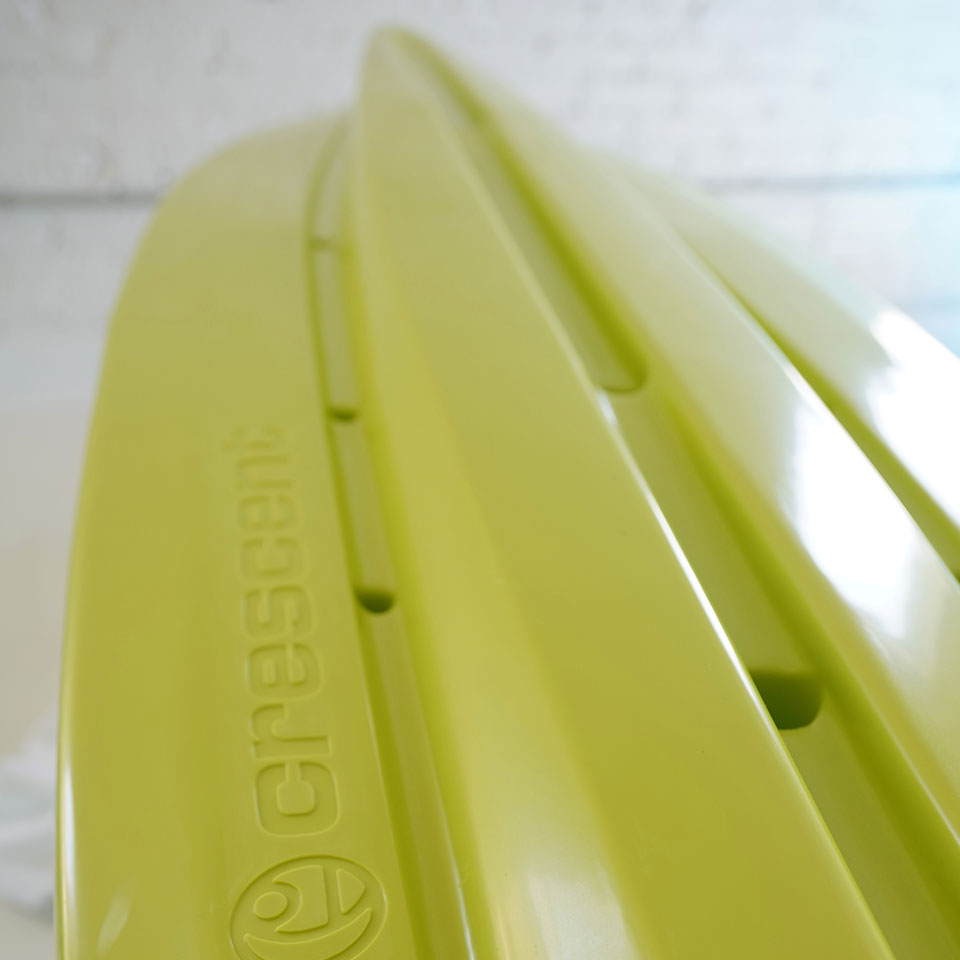 The UltraLite has superior tracking, rivaling that of longer kayaks with much higher price tags. It is very easy to maneuver, which will allow you to take this kayak into tighter places that are off-limits for most anglers. The UltraLite is a compact kayak that is, pound-for-pound, one of the best fishing models on the market at the moment.

Crescent UltraLite Vs LiteTackle: Which is Right For You?

Be the first to review “Crescent UltraLite” Cancel reply

Kayaking Near Me: the Interactive Map of Places to Go Paddling

Best Kayak GPS in 2022: Navigation Devices for Kayaking and Canoeing

Canoe Accessories: Must-Have Gear for Your Next Canoeing Trip