Last price update was: January 26, 2023 2:18 am
× Product prices and availability are accurate as of the date/time indicated and are subject to change. Any price and availability information displayed on Amazon at the time of purchase will apply to the purchase of this product. 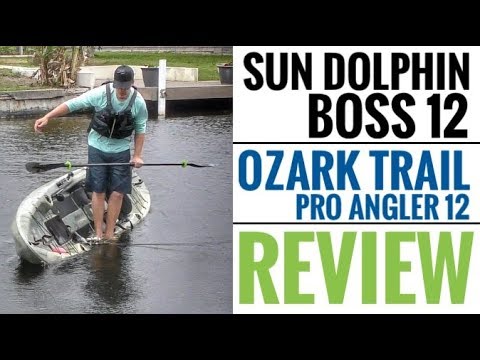 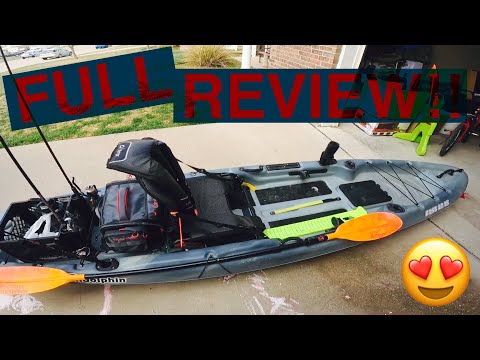 Add your review
Product is rated as #102 in category Fishing Kayaks
7.8

Walmart
Buy Sun Dolphin Boss 12 SS
As an affiliate of Amazon and other retailers, we may earn a small commission when you buy via our links. Thank you!

The Sun Dolphin Boss 12 SS is a budget sit-on-top fishing kayak that retails around $600. With many features that more high-end kayaks have, this is a no-frills craft that will take the casual angler wherever you want to go. It is perfect for lakes, gentle oceans, and ponds, and the catamaran-shaped hull gives plenty of stability. Whether you’re out fishing or just looking for a relaxing day on the water, the Sun Dolphin Boss 12 SS will deliver an enjoyable experience.

7.8Expert Score
The Sun Dolphin Boss 12 SS is a budget sit-on-top fishing kayak that retails around $600. With many features that more high-end kayaks have, this is a no-frills craft that will take the casual angler wherever you want to go. It is perfect for lakes, gentle oceans, and ponds, and the catamaran-shaped hull gives plenty of stability. Whether you're out fishing or just looking for a relaxing day on the water, the Sun Dolphin Boss 12 SS will deliver an enjoyable experience.
Stability
8
Speed
7
Tracking
8
Comfort
8.5
Features
8.5
Portability
7
PROS
CONS

Its weight and length make it tricky to handle it solo, and you might need a kayak cart for easier transportation and launch. 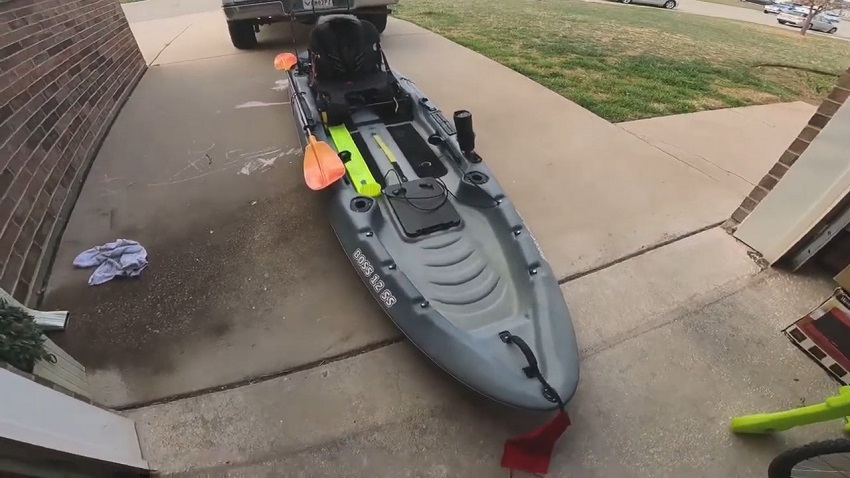 Nevertheless, anything above 400 lbs / 182 kg and the Boss 12 SS can significantly decrease in speed and maneuverability.

The Boss 12 SS’s hull is shaped like a catamaran for maximum stability and is built with rugged UV-resistant Fortiflex high-density polyethylene (HDPE). Although it is built to last, you can still prolong its lifespan by applying UV protectant and marine sealant at the start and end of each season. 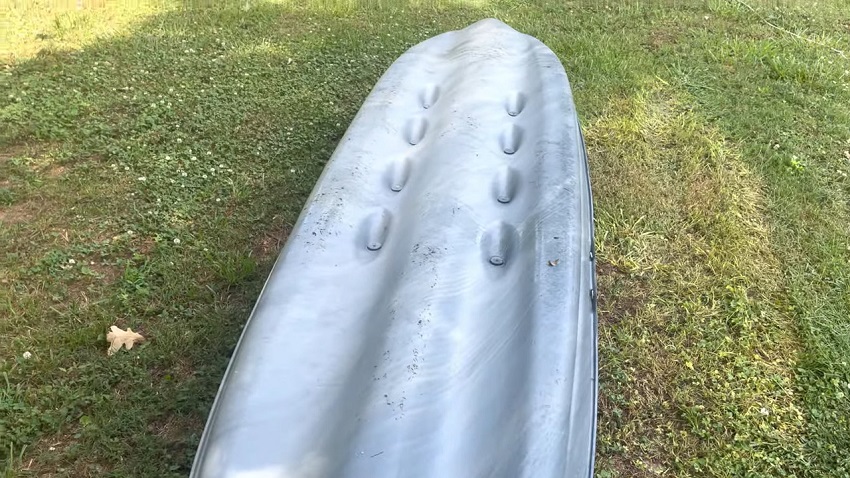 At the bow of the boat is a non-slip rubber-lined handle for comfortable carrying and there’s also a drain plug for you to remove excess water that finds its way into the inside of the kayak. 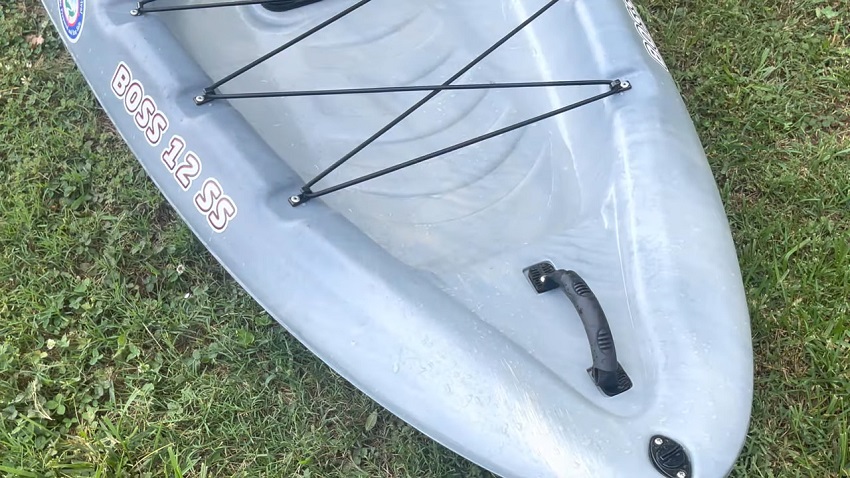 Further along the kayak, the roomy bow storage area can be secured by a detachable bungee tie-down system that goes onto J-hooks.

Moving down, there are two forward-facing flush-mounted rod holders and a large hatch area with a drop-in bag for your smaller stuff. If you remove the bag, you can access even more storage in the kayak for you to stash things you don’t need frequently like camping gear and tents.

After the flush-mounted rod holders is an attachment on the port side for a removable rod holder. The Boss 12 SS also comes with one articulating rod holder that can swivel 360 degrees and tilt in whatever direction you want. 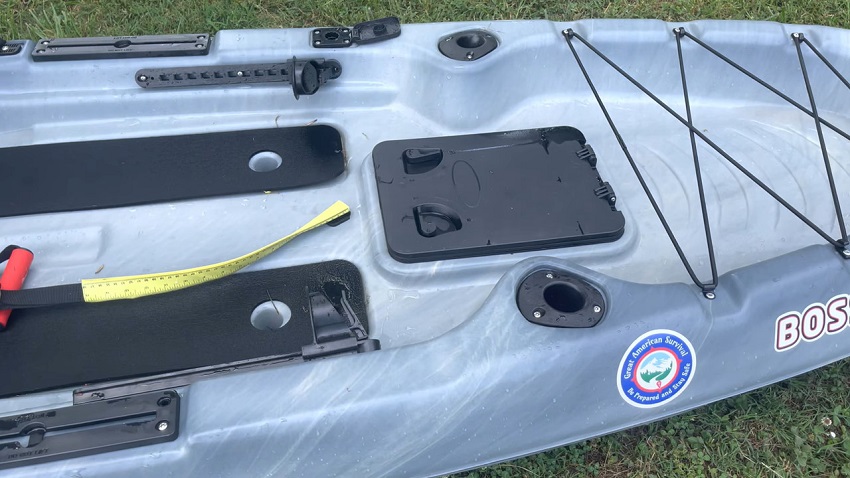 There is also a standing assist strap that you can grab onto if you want to stand on the deck. This strap comes with a built-in measuring tape for you to measure your catch on the fly.

On the main deck are traction pads for more stability and grip while you are on the standing platform, but these pads have been known to wear out and lift, especially if constantly submerged in water.

Back from the footrests are two accessory rails for you to mount your GoPros, fish finders, and other stuff.

In the middle of the boat, there are two more rubber-lined carrying handles so you can carry your kayak from side to side instead of only from the front and back that many other kayaks have.

The aluminum-framed mesh seat is mounted on brackets and is super comfortable, unlike many other more basic models that do not have padded bottoms.

The seat is completely adjustable, and you can control the firmness of the seat and backrest, the angle of the lean, and the height at which you sit in the kayak. 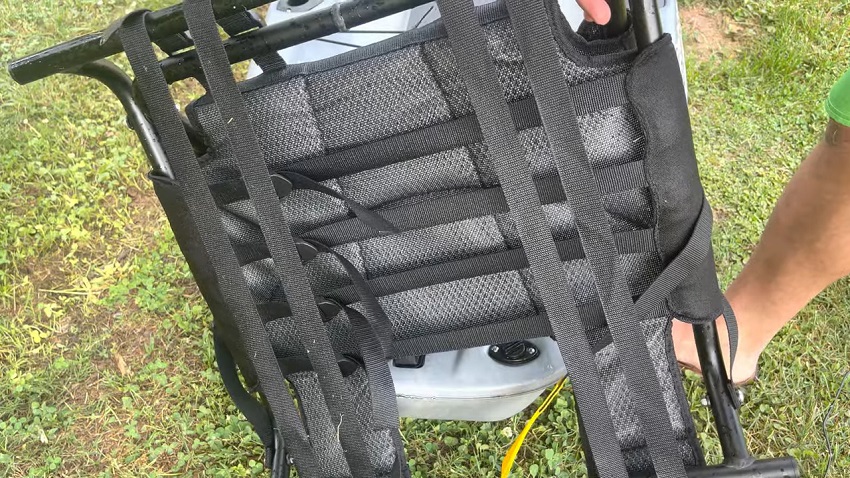 On both sides of the seat along the gunnels are two paddle park systems with bungees to stash your paddle when not in use.

Right behind the seat are two more rear-facing flush-mounted rod holders and a second through-hull hatch with the same bag.

The huge stern storage area is large enough to store a cooler or milk crate and can be secured by a bungee system. 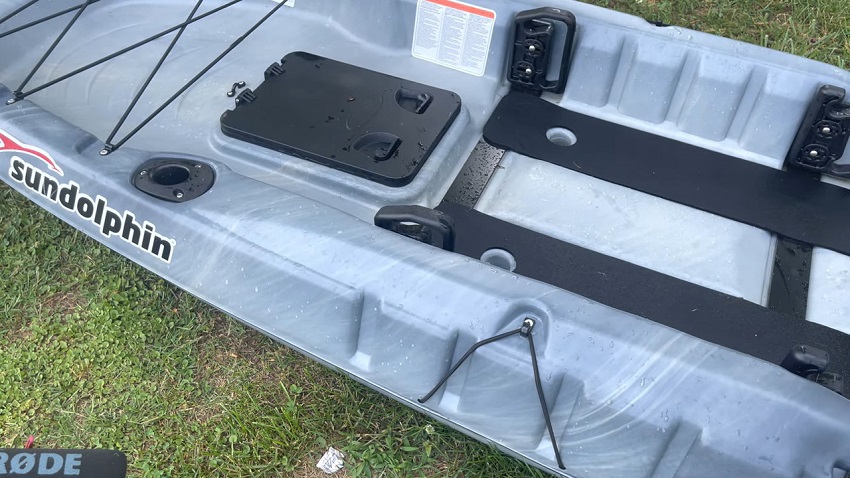 Lastly, at the stern is the second rubber-lined carrying handle and a second drain plug. Underneath, the hull has a skid plate that you can use to protect the kayak when dragging it around. 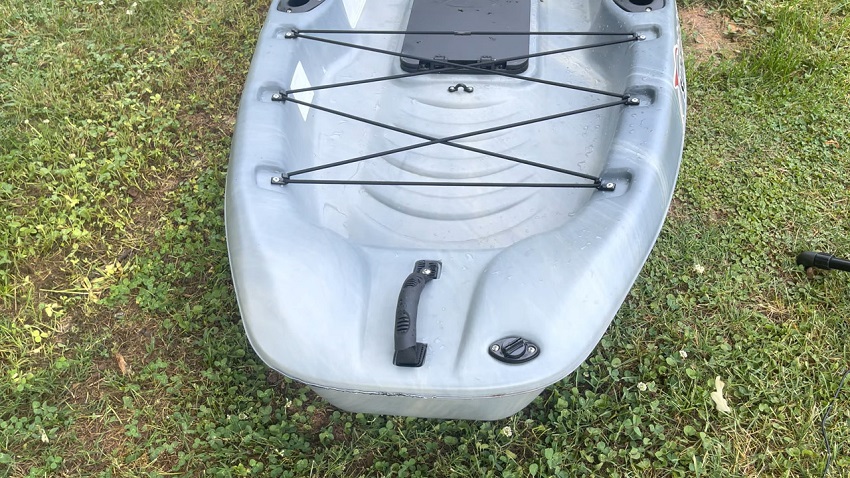 While the plate is easily replaced when damaged, it is a tad small and if you aren’t careful, you can still damage the kayak’s hull when you’re dragging it.

Depending on the individual retailer, the Boss 12 SS typically doesn’t come with an included paddle.

The Boss 12 SS is a no-frills fishing kayak that has just enough features for a beginner angler or someone just starting to get into kayak fishing.

The craft tracks well in the water and the catamaran-shaped hull gives plenty of stability, even in high winds and rough waters. It doesn’t do so well in rivers but in lakes and moderate ocean swells, this kayak’s handling is excellent.

The seat is a major bonus as it reduces the risk of muscle aches or fatigue even after a long day out. Overall, this is an excellent choice at a very attractive price point for someone that wants to give kayak fishing a try without burning a hole in the wallet.