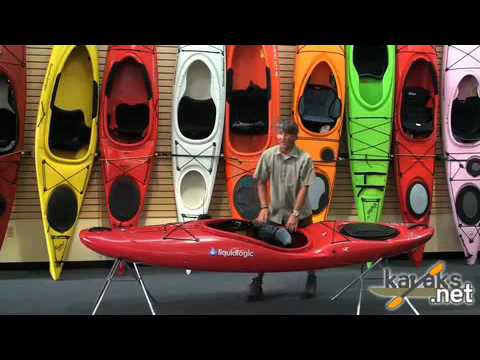 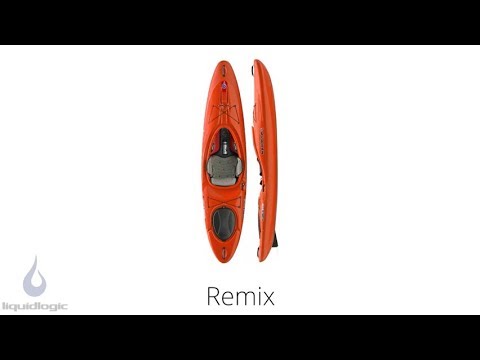 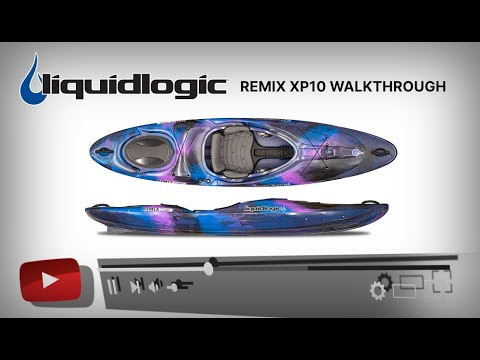 Add your review
Product is rated as #7 in category Day Touring
8.5
Best deal at:

Backcountry
Buy Liquidlogic Remix XP 9
As an affiliate of Amazon and other retailers, we may earn a small commission when you buy via our links. Thank you!

The Liquidlogic Remix is among the most well established white water kayaks on the market and is a long standing favourite of many white water paddlers. The Remix XP takes all the white water prowess of that kayak and adds a longer waterline and enhanced open water capabilities to make this one of the most versatile expedition boats on the market.

8.5Expert Score
The Liquidlogic Remix is among the most well established white water kayaks on the market and is a long standing favourite of many white water paddlers. The Remix XP takes all the white water prowess of that kayak and adds a longer waterline and enhanced open water capabilities to make this one of the most versatile expedition boats on the market.
Stability
9
Speed
8
Tracking
9
Comfort
9
Features
8
Portability
8
PROS
CONS

The XP9 is 9’2” long, several inches longer than any of the standard Remix models, this longer waterline helps the boat carry speed on the flat. The XP9 is 26” (66cm) wide.

You would be forgiven for looking at this kayak and thinking Liquidlogic had just taken the ever popular Remix and added a hatch on the back of it, but there’s a lot more thought gone into this boat than that.

The whole boat is a little longer and the rocker profile slightly less aggressive, giving the Remix XP the ability to cruise along at a comfortable speed on flatter sections. White water boats are notorious for never going in a straight line. This is perfect for navigating tight and technical rapids, but irritating when you want to cover longer distances on open water. Liquidlogic fitted a spring loaded skeg system to the Remix XP to make cruising easy.

Don’t panic though, this boat is still a white water machine and that extra speed will see you punching through features with ease. The Remix XP is also slightly wider than the standard models, making it super stable when you’ve filled it with all your expedition gear.

Of course there is a hatch on the rear of this boat, a massive one at that. Liquidlogic refer to this as their ‘backcess’, an enormous space separated by a watertight bulkhead from the cockpit. For those things you want access to on the water there’s top deck bungee fitted in front and behind the seat.

In order to maintain full control of a kayak in all environments it’s imperative to have great connectivity, while long days on the water require comfort. The Liquidlogic Badass outfitting is their top of the range, market leading outfitting which is possibly the most comfortable, armchair-esque outfitting available.

The Remix XP comes as standard with adjustable foot pegs, although this can be upgraded to a full white water bulkhead on request.

Grab handles for carrying are fitted front and rear, while a security handle is fitted near the bow for safety.

Liquidlogic appear to have nailed this one. The Remix XP is an excellent crossover kayak which seems to do exactly what it was meant to. It’s capable of covering distances on the flat water, while also negotiating up to class three rapids easily. It’s a go anywhere, do anything kayak which is extremely comfortable and suited to loads of different environments.

Obviously a ‘do-all’ boat is unlikely to excel in any of those environments and there are certainly quicker flat water boats, more technical white water kayaks and higher capacity expedition options, but if you’re looking to get one boat to do all of these things, the Remix XP is a great choice.

Be the first to review “Liquidlogic Remix XP 9” Cancel reply

Places to Kayak in Maryland

Places to Kayak in Georgia

How to Portage a Kayak or Canoe

Places to Kayak in Iowa

Places to Kayak in Alaska

Float Plan: How to Do It and Why You Need One

How to Plan a Multi-Day Kayak or Canoe Trip

Places to Kayak in South Carolina